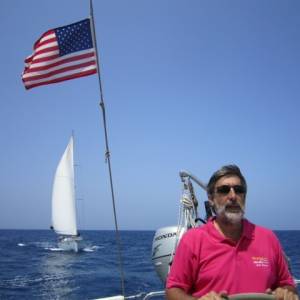 This article is designed to de-mystify the subject of the Spanish Matriculation Tax (Impuesto de Matriculación) on yachts.

The first thing to say is that this tax is thought to be illegal in an EU context and the Spanish Marine Trade Association is lobbying Brussels for its abolition. Until that happens it is wise to understand the rules covering Spanish Matriculation Tax as it applies to private boat owners planning to cruise in Spanish Territorial Waters.

1. The tax applies to all yachts over 8m in length. With a couple of obscure exceptions not applicable to private cruising yachts.

2. The applicability of the tax is decided by the residency of the owner not the permanence of the yacht in Spanish waters.

3. Everyone becomes a Spanish resident by virtue of spending more than 182 days in any calendar year in Spain or aboard a yacht in Spanish waters.

4. The tax rate varies between 11 and 14.75% depending on which Spanish region you are. The tax rate is applied to the "value" of yacht according to depreciation tables published by the Spanish Tax Authority (Hacienda).

How do you avoid being asked to pay this tax? Remember that there is a big fiscal hole in Spain so the tax authorities are being quite assertive in their collection role.

C) Take yourself and your yacht out of Spain before 182 days are up in the year by visiting Gibraltar or Morocco for example.

D) If you are already resident in Spain, for example because you already own a property there, then if you import a foreign flagged yacht you have no option but to pay up. In this case consider acquiring a Spanish registered yacht which will already have the tax paid.

E) If you know you intend to stay in Spain more than 182 days in a tax year BEFORE you arrive then you can opt to become a resident and in THAT CASE ONLY you can import the vessel free of matriculation tax as part of your possessions in what is deemed to be a change of residency. It goes without saying that in doing this you become Spanish tax resident and you are liable to pay income and wealth taxes on your global income and assets!

Finally a word of advice, get yourself local legal advice BEFORE you need it. There are good Spanish English-speaking Maritime Lawyers such as IBYC . They will guide you through what may seem unfamiliar and at times a traumatic experience of having your yacht embargoed!