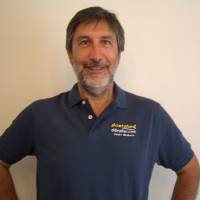 John and Lynda are both keen yachties and an early retirement has enabled them both to indulge their passion for boats. John holds a Yachtmaster Offshore with Commercial Endorsement and Lynda complains that her 2 daughters have demoted her from First Mate to Galley Slave.

Gibraltar is John's birthplace. Although he has not lived on the Rock since 1971 he has been back on innumerable occasions and now both are making the most of its wonderful opportunities.
Having worked in many places such as Bahrain, Spain, Portugal, France and the UK they are happy to give up the "International Gypsy" life and settle in Gibraltar - though not necessarily quietly as John has a multi-engine pilot's license and has just bought himself a new BMW motorbike which he drove down to Gibraltar. He may sound like Superman but this is misleading!

The opportunity to start Boatshed Gibraltar arose from a visit to the January 2008 London Boatshow. John tried to buy a new boat but instead Lynda bought him a new career.

Gibraltar is a very special place to do yachting business. Its benign taxation regime, location at the entrance to the Mediterranean and status as a British Port of Registry means that potential buyers and sellers can safely transact in a British jurisdiction with minimum fuss and maximum security. There is no VAT in Gibraltar so purchasing can be cheaper than elsewhere. Non-resident owners of boats can in certain circumstances keep their yachts in Gibraltar indefinitely without having to pay VAT or import duty.

Getting to Gibraltar direct:

There are also a multitude of flights to/from Jerez and Malaga which are only 90 minutes by road from the Rock.

Below are 2 photos of Boatshed Gibraltar and the 2011 Gibraltar-Morocco Rally at the end of June. We sponsored prizes of free berthing and showcased a lovely Jeanneau Sun Odyssey 49. Photos of the fancy dress are NOT included!! 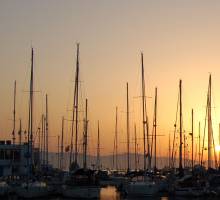 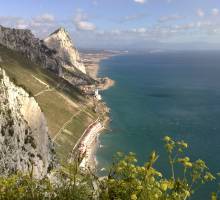 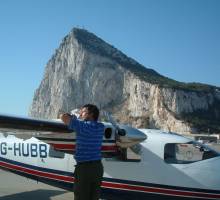 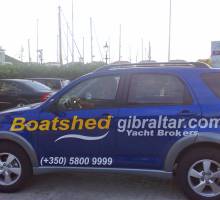 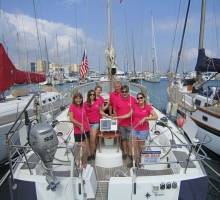 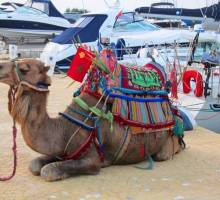