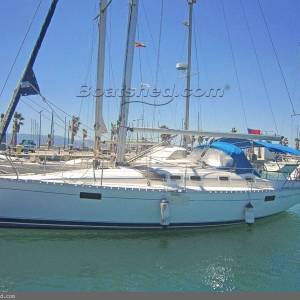 Who really owns the yacht?

It all started with a phone call from a gentleman who told me that he had just succeeded in an eBay auction for a yacht with a bid of just over £35,000. He had noticed, the morning after his euphoric night, that the same yacht was for sale with Boatshed Gibraltar at £110,000. He was beginning to think that maybe there was something amiss. I thought it interesting that when he wanted to reassure himself that he was not being defrauded he turned to the broker! My first inclination was to let him sink as he was now trying to get a brokerage service but had earlier opted for an auction process that dispensed with the broker. However I reconsidered.

A phone call to the vendor quickly caused the alarm bells to ring. The vendor had indeed tried to auction the yacht via eBay in parallel with listing it with Boatshed Gibraltar. However the winner de-listed himself and there was no option but to withdraw. It is clear that following this genuine listing a fraudster re-listed the boat fraudulently on the eBay system three weeks later setting up another auction for the boat and making use of the previous description and photos from the first (genuine) auction. It is not difficult to do! This time the bids reached £35,000 and the fraudster was about to pounce on an unsuspecting bidder. It is even probable that the 2 top bids were targeted in the scam for false payments. We were contacted in this regard by both the winning bidder of the auction and the second to top bidder, both asking about the boat's authenticity.

There were some clues that this was not a straight transaction for example an assertion from the fraudster, in an email, that he had a special arrangement with eBay to have the funds paid directly into a bank account. Let me use his own, very suspicious, words in a follow up email: "I am affiliated at eBay and I have a purchase protection account. I am registered with their secure trader department and they will handle the trade. I already pre arranged the whole process with them. You'll also receive important guidelines instructions from them (please go through them exactly)."

He also said in his boat description up that the vessel was registered on the MCA Part 1 register and that it would be easy to change the registration. This is not true without clear proof of ownership going back at least five years.

With the vendor confirming that the boat had not been on eBay for three weeks and with other email evidence made available to us by the bidder we quickly advised both "successful" bidders to withold any payment and to report the whole episode to the eBay fraud team. It was a near miss for a potential purchaser who had already flown out to Gibraltar intending to meet the fake vendor and complete the transaction.

There are some very important lessons for purchasers and vendors in this episode. Saving yourself a small brokerage fee (always paid by the vendor) is a small price to pay for a safe transaction. Here are the reasons why this is highly unlikely to happen in a correctly brokered transaction:

1. Boatshed Gibraltar takes copies of the passports of the vendor AND purchaser to ensure that the parties to any deal are properly identified. This is not true with eBay where vendors and purchasers hide behind convenient but anonymous user ids.

2. The vendor has to provide evidence of title to the vessel BEFORE it is listed for sale. This does not happened with eBay.

3. The photos of the yachts on the Boatshed system are "watermarked" so that they cannot be scrapped off the system and used to set up a false sale on eBay or anywhere else.

4. The broker uses a client account to hold funds during the transaction process. The vessel is not released to the purchaser until the client account has 100% cleared funds AND the vendor does not get the proceeds of the sale until he has signed over title of the vessel in a properly witnessed Bill of Sale.

Finally a broker put his expertise and experience at the service of both parties to assure a safe transaction.

If you want to take short cuts, the risk is yours. As the saying goes "Penny wise, Pound foolish"

Anyone can pretend to own any boat!