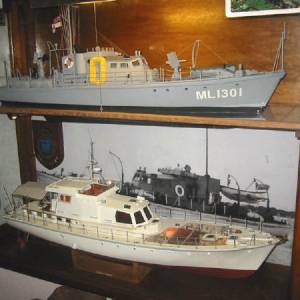 Then and Later Models of &quot;Gibel Tarik&quot; formerly HMS Meda

Hector Sheppard-Capurro is the founder of the yachting industry in Gibraltar and today at the ripe old age of 87 he's bought a Princess 415 motor yacht from Boatshed Gibraltar.  How cool is that? That you can be 87 and be planning to mess around in boats. This shows the indomitable spirit that has served him well in a colourful and successful business career.

I remember the phone call from Hector about three weeks ago telling me that he wanted to view the Princess 415. I immediately started to fret about how an 87 year old would negotiate the gangplank  onto the yacht. On the appointed day he turned up wearing his "anti-cancer" hat and bounded onto the yacht with a spring in his step that many men half his age would envy. His enthusiasm and sheer boyishness are infectious. His stories of having his first yacht at the Torpedo Camber (today Queensway Quay Marina) had me spellbound. His new yacht will soon be renamed the "Gibel Tarik 2" in honour of his pride and joy the first "Gibel Tarik". The  original "Gibel Tarik" was a converted Royal Navy HDML (Harbour Defence Motor Launch) which had seen service in the Sicily landings and was later deployed with three others to defend Gibraltar's harbour from Italian frogmen operating from the Italian tanker Oltera in Algeciras harbour. These brave men sunk 200,000 tons of Allied shipping in the Bay.

Hector is the brains and founder of Sheppard Marina in Gibraltar. He modestly acknowledges that the idea of the marina was inspired by an early visit to the US Intra-Coastal Highway. He managed to persuade the colonial authorities to cede a small piece of waterfront at Waterport and there he built Sheppard Marina on the solid foundation of sunken barges and hard work. Sheppard Marina is no more but the brand endures in the form of the yacht chandlery run by his son Micko. I have lost count of the number of yachtsmen who lament the passing of Sheppard Marina and with it Gibraltar's pre-eminence as a yachting centre which is now challenged by marinas up and down the coast. When I question Hector about how he feels the yacht industry in Gibraltar is developing I detect a reluctance to criticise but I can't help feeling that he doesn't think all the opportunities are being exploited to his liking. Hector describes living his life to the words of Sinatra's lyrics "I did it my way"!

I hope he will have many years of pleasure from his new acquisition. I am intensely proud that Boatshed Gibraltar has been able to serve the founder of Gibraltar's yachting industry.  Hector has many friends across the social and age spectrum in Gibraltar. His home houses a fabulous collection of classic cars, collectibles, photos and documents that could rival the Gibraltar Museum but that's another story! 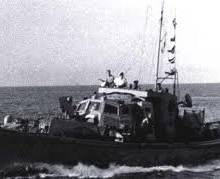 HMS Meda at Action Stations in the Sicily Landings 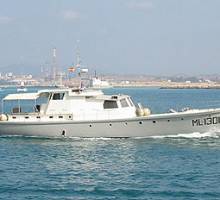 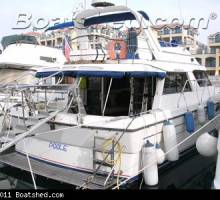