Strange Goings On in the Alboran Sea. 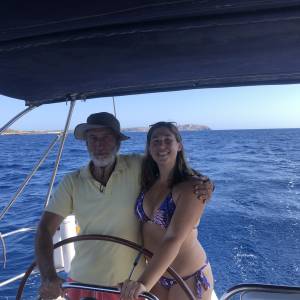 Daughter joined us in Menorca.

On the 2nd July Citadel left the Bay of Gibraltar bound for the Balearics. Pandemic restrictions were being lifted and we were desperate for a sailing break in one of the loveliest cruising areas in the Mediterranean. We were blessed with a departure in a fresh westerly that gave us a fast time towards Cabo de Gata, the point at which the Spanish coast starts to turn north. After a full 36 hours of goose winged downwind sailing we dropped anchor at Cala del Morron on the east side of Cabo de Gata. Lodged in the Parque Natural de Cabo de Gata its width and arc of white sand beach makes it an ideal overnight midway resting point for anyone contemplating the 3 day passage between GIbraltar and the Balearics.

The next day early in the morning we set off for the second half of the passage. We laid a course direct between Cabo de Gata and Cabo de Palos. This made the best of the continuing, if now more fickle, westerly and this passage passed close to Cartagena in case we decided that another 36 hours at sea was too much. We didn’t stop, so late on the night of the 4th July we were carefully tiptoeing our way past Cabo de Palos keeping a watchful eye on the heavy commercial traffic on our starboard side in the Traffic Separation Zone. There is a rule on Citadel: Little boats like us always stay clear of the big boats!

As dawn broke we had the first puzzling incident. Having just passed a buoy which we assumed marked a fishing pot a 45 foot power yacht emerged at high speed, passed us at very close quarters and then reduced speed in the vicinity of the buoy. What was he up to? I have some ideas. At this point we were halfway between the peninsula and the islands. We were alone. Discretion was the better part of valour.

Later that morning I spotted a rowing boat (patera) off the starboard bow. It seemed to be drifting. It’s relatively new 40HP Suzuki engine was stopped. We approached it in case the crew were in distress. The boat was empty except for a couple of lifejackets, and five black fuel jerrycans. The name painted on the side was “Fatima Zahra” with registration number TNG2753. It looked like a typical people smuggling boat but it was a long way from the shortest distance between Africa and Europe. Maybe someone reading this article can shed light on what happened to the occupants of the “Fatima Zahra”.

The last incident was the most disturbing. About 40 miles south of Formentera a very large RHIB, with three 350HP engines on the back, appeared at high speed and made a beeline for Citadel. These type of craft are now banned in Spain. They are the preferred craft of the narco gangs that operate in the Straits although this one was south of islands. I suspect the islands are a lucrative market for these gangs. The RHIB came up close to Citadel and mimicked a request for water. Or maybe they wanted a gin and tonic? Who knows. We decided that men in illegal boats who can reach shore and water in less than 30 minutes did not merit any generosity. We refused their request and they tore off at high speed south towards the Algerian coast.

What lessons did we draw from these incidents. Firstly keep a good lookout. If we had hit the drifting boat at night we could have sustained serious damage. Secondly don’t help people engaged in illegal activities, unless their safety is immediately at risk. One does not want to be accused of aiding drug traffickers. 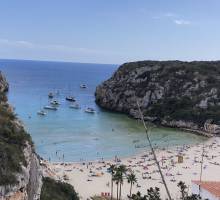 The anchorages are to die for.

Please note this comments section is public. Please do not post your personal details here. Please read our commenting guidelines before posting. 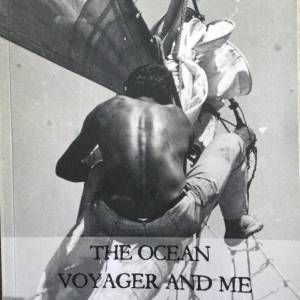 “The Ocean Voyager & Me” by Di Beach.
Browse Blog
Feedback