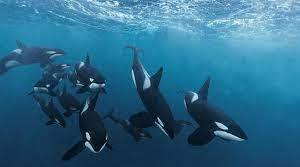 Orcas big up their reputations as “killers”.

Orcas commonly known as Killer Whales have been unconsciously living up to their unfair public reputation as dangerous animals. It’s a pity but recent headlines in the popular press of “Orca Attacks” are doing nothing to help their condition as endangered animals. I recently had the opportunity to speak to a skipper who experienced one of these “attacks” - conservationists prefer the term interaction.

The interaction happen in mid July 2021 in the early afternoon. The yacht had cleared out of the Bay of Gibraltar and was between the town of Tarifa and Barbate when the solo skipper spotted the first fin. Soon afterwards he felt a nudge on the rudder followed by a much stronger blow that sheared the pin that connects the autopilot actuator arm to the steering quadrant. As advised by the “Orca Safety Protocol” he shutdown the engine and electronics and hoped that the Orcas would tire and leave him alone. Unfortunately this was not to be the case. A massive blow spun the boat through 180 degrees and broke the connection between the quadrant and the rudder shaft. He now had no way of steering and he started to fear for the integrity of the boat. He put out a Mayday call and a lifeboat from Salvamento Maritimo turned up to take him in tow about 40 mins after his call. The skipper estimates that the Orcas continued their interaction for over an hour. He feared for his boat and even his life. He counted a total of at least six Orcas in the pod. At one time he saw five on the surface whilst he was still being battered from below. The Orcas even tried to interfere with the tow line that was thrown to take the yacht in tow to Barbate.

This frightening experience led me to want to know more about these “interactions” which first hit the headlines in 2020. I have discovered that this new behaviour in on the increase. In 2020 around 40 such interactions were reported but in 2021 the number has increased to over 150. It’s a welcome source of revenue for the local yacht repair yards but where is this all heading? No one yet knows why this is happening. What is known is that the Orcas involved are a sub-species of the North East Atlantic Orcas that live and hunt off the Iberian Atlantic coast. Their food source is, exclusively, the also endangered Blue Fin Tuna that migrate into the Mediterranean in the spring and then follows the Spanish and Portuguese coasts back out into the Atlantic in the summer. Nearly all the reported interactions have been west of Gibraltar but there were two interactions just east of Gibraltar. Most of the interactions have been with boats with an LOA of less than 15 metres. Last year the Spanish maritime authorities created maritime exclusion zones for boat with an LOA of less than 15 metres between Tarifa and Barbate and off the north west Galician coast.

So what advice is given to yachtsmen? Firstly stay outside the maritime exclusion zones. These may vary with time of the year and areas where there has been a large preponderance of incidents. You need to check relevant Notices to Mariners for exact coordinates. Secondly if you spot Orcas shutdown your engine and electronics and pray that you will be ignored. Do not place yourself somewhere on deck where a sudden movement of the boat may cause you to go overboard. If you can safely take photos and video of the animals do so as this will help researchers identify the animals that are participating in these activities. Finally if you are disabled you will need to put out a Pan Pan or Mayday call to get assistance from the local maritime rescue services.

It’s very sad that this is happening perhaps the Orcas have just had enough of humans “stealing” their tuna lunches! Stay safe. 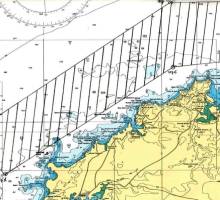 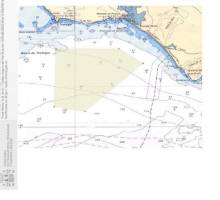