Compelling Reasons to Register a Yacht in Gibraltar 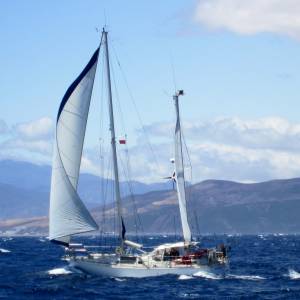 This yacht just completed a 9 year circumnavigation, she is Swiss flagged. The Gibraltar Registration will be a good choice when she is sold.

In the last six months, further compelling reasons have emerged to make the Gibraltar Red Ensign the flag of choice. However, these changes aside, Gibraltar already has a host of advantages for registering a yacht in this unique southern European territory:

1. The process is simple, hassle free and easily understood – in English.

2. Marine mortgages can be secured against the yacht and recorded with the Registry, this helps with the financing of larger more expensive vessels. This is unique to all Part I Red Ensign Flags, of which Gibraltar is one. The UK also has a Part III (Small Ships Register – SSR) which is simple and cheap for craft under 24m, however, boats registered under this arrangement cannot use the boat as security to obtain a marine mortgage and you need to be resident in the UK for 185 days of the year to use it.

3. The Gibraltar Registry is open to all British Citizens (including British Overseas Citizens) and citizens of EU and EEA (European Economic Area) as long as they have a locally resident representative person – such as Boatshed Gibraltar. This avoids the bureaucracy and regulation that may be found in other nation’s registries and should, for example, an EEA citizen have their yacht based in Gibraltar, they would still be able to circulate in EU waters for up to 18 months without having to pay VAT.

4. Registration in Gibraltar allows owners, in certain circumstances, to avoid the need to pay European VAT.

5. The Gibraltar Ship Registry will provide protection by a smaller, but nonetheless highly effective and professional, Royal Navy.

6. Gibraltar offers tax-free fuel – a saving of up to 40% on neighbouring Spain.

Two further reasons now join the argument as to why it makes sense to register a yacht in Gibraltar:

1. The first is that in the last Gibraltar Government Budget, July 2012, import duty on yachts over 18m overall length was abolished and it was also reduced from 12% to 6% for yachts of less than 18m. Yachts can now be berthed and use Gibraltar as their permanent base without incurring crippling taxes. From Gibraltar they can enter EU waters for 18 months at a time without becoming liable for VAT. Meanwhile in Spain, a 12% matriculation tax still applies to the first definitive registration of recreational boats more than 8m. This tax does not apply in any other EU country and, with VAT (IVA) at 21%, this means that buyers of moderate to large yachts face a surcharge of a third of the retail price.

2. The second is a tightening up by the UK Maritime and Coastguard Agency (UK MCA) of the residency rules that qualify an owner to register his yacht on the SSR. It is no longer acceptable to the UK MCA that an owner own a property in the UK, he must now be resident in the UK for 185 days a year to register. There are thousands of vessels on the SSR owned and operated by expatriates and this will no longer be allowed. Owners face a large fine if they declare themselves resident in the UK when they are, in fact, living abroad.

For help or advice in registering a yacht to fly the British Gibraltar Red Ensign, contact www.boatshedgibraltar.com 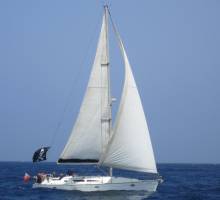 The Jolly Roger is not a valid flag of registration!