BoatBid - the results are in 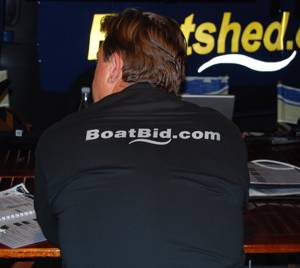 Action stations at the Show

The inaugural five day BoatBid auction held at the Sail, Power and Watersports Show at Earls Court has finished and was deemed an absolute success by the team, owners and bidders alike.

Statistics from Inaugural BoatBid Auction
• 116 boats
• 222 bids
• Highest bid placed - £247,000
• Number of registered bidders – 130
• 60 boats had bids
• 5 boats sold prior to auction
• Maximum number of bids on a boat - 18
• At least four boats sold now as a direct result of the auction – with 5 more currently under negotiation. (check with us for updated figure)
• 149 other enquiries as a result of the auction – listings, offers and interest in Boatshed as a whole

Auction a Success
As bidding finished on 30th November, the BoatBid auction had encouraged 222 bids on the 116 boats in the catalogue with 60 boats being bid on in total. In the main it was sailing boats that received the most interest with one boat receiving the grand total of 18 bids – a veritable bidding war in the closing minutes. Over 500 people registered over the course of the Show to become members of BoatBid and to view full details of the boats.

Neil Chapman, MD of Boatshed who designed and ran the BoatBid auction said “We were very pleased how the auction ran. The software behind the auction had been in development for six months and it was really put to the test during the Show but performed all the functions that we hoped it would. Both owners and buyers commented on how interesting it was to see what bids were placed on which boats. Plus, of course, even when boats did not reach their reserve price, those interested buyers have effectively put in an offer which we can go back to the seller to talk about. Hits on the site also increased from a few thousand a day to over a million during the five days of the show.”

During the Show, many in the marine industry commented on the innovative approach to selling boats that BoatBid encouraged which, in the current climate, is good for everyone involved.

Customers also found that by being given an option on how to buy a boat, backed up by the full Boatshed brokerage process, they felt more secure in putting their offers forward.

At the BoatBid stand during the Show, the team had also arranged for representatives from CE Proof and Velos Insurance to be available to offer advice to potential boat owners. This added service meant that the stand was usually busy with people plus it meant that for those interested in buying their first boat, all bases were covered.

New Auctions Planned with Changes to Bidding Process
Due to the success of the BoatBid auction, it has been decided that the next auction will run from 26th – 30th January 2009. The catalogue will be published 30 days before and this time, the bidding on each day will last for 24 hours, to allow for time differences and to give bidders more of an opportunity to participate. Similarly, the auction end times will be changed slightly giving those people that bid at the last minute more of a chance of placing a winning bid. So, for example, if somebody bids at 5pm, this automatically extends the auction end by 10 minutes. This will continue until there have been no bids for at least 10 minutes. Neil Chapman was very keen not to encourage the typical online auction ‘sniping’ that is seen with sites such as eBay because this relies on people having the correct software and technical know-how, rather than just being interested in owning a boat. He added “We need to make it as easy as possible for people to bid so have developed this part of the software to do just that. And by extending the bidding to about 24 hours, we also hope to encourage more customers to register. We are also simplifying the registration process for this purpose as well.”

The starting price that is set on each boat in the catalogue will run alongside an explanation about what this means with the terms and conditions of bidding. The BoatBid team is also working with owners on setting realistic reserve prices to ensure that as many people as possible have a chance to bid successfully. Bids can be placed online by registered users of BoatBid.

It is hoped that auctions will be run every two months with the catalogue always available 30 days before the start. 100 boats will be auctioned each time. 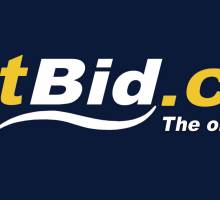 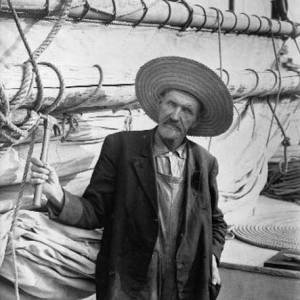