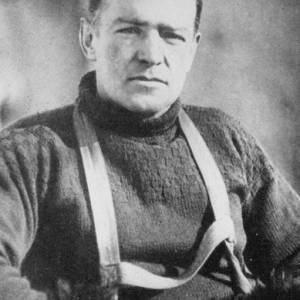 Few feats of seamanship will ever rival the voyage of the James Caird from Elephant Island in Antartica to South Georgia. A passage of 800 miles across the “The Furious Fifties” in the teeth of an Antarctic winter. The voyage was a life and death challenge of self-rescue. This was the only way for the 28 crew of the Imperial Trans-Antarctic Expedition ship, the Endurance, crushed in the Weddell Sea to get back to civilisation. Remember this was in the age before electronic navigation aids or even wireless telegraphy.

In October 1915, pack ice in the Weddell Sea had crushed and sunk the main expedition ship Endurance leaving Shackleton and his 27 companions adrift on a precarious ice surface. They drifted northward until April 1916, when the floe on which they had encamped broke up, when they made their way in the ship's lifeboats to Elephant Island. Shackleton then decided to sail one of the lifeboats to South Georgia, not the closest human settlement, but the only one not requiring sailing into the teeth of the prevailing westerlies in an open boat.

The James Caird was a lifeboat designed by James Worsely, the Endurance’s captain. He had her built to be strong and double-ended. Before setting off from Elephant Island the ship’s carpenter had a wood and canvas deck built and the freeboard was increased.

The James Caird was launched from Elephant Island on 24 April 1916. The wind was a moderate south-westerly, which aided a swift getaway, and the boat was quickly out of sight of the land. Shackleton ordered Worsley to set a course due north, instead of directly for South Georgia, to get clear of the menacing ice-fields that were beginning to form. By midnight they had left the immediate ice behind, but the sea swell was rising. At dawn the next day, they were 45 nautical miles from Elephant Island, sailing in heavy seas and force 9 winds. Shackleton established an on-board routine: two three-man watches, with one man at the helm, another at the sails, and the third on bailing duty. The off-watch trio rested in the tiny covered space in the bows. The difficulties of exchanging places as each watch ended would, Shackleton wrote, "have had its humorous side if it had not involved us in so many aches and pains".

Success depended on Worsley's navigation, based on sightings attempted during the very brief appearances of the sun, as the boat pitched and rolled. The first observation was made after two days, and showed them to be 128 nautical miles north of Elephant Island. The course was now changed to head directly for South Georgia. They were clear of the dangers of floating ice but had reached the dangerous seas of the Drake Passage where giant waves sweep round the globe, unimpeded by any land. The movement of the ship made preparing hot food on the Primus nearly impossible.

The next observation, on 29 April, showed that they had travelled 238 nautical miles. Thereafter, navigation became, in Worsley's words, "a merry jest of guesswork", as they encountered the worst of the weather. The James Caird was taking on water in heavy seas and in danger of sinking, kept afloat by continuous bailing. The temperature fell sharply, and a new danger presented itself in the accumulations of frozen spray, which threatened to capsize the boat. In turns, they had to crawl out on to the pitching deck with an axe and chip away the ice from deck and rigging. For 48 hours they were stopped, held by a sea anchor until the wind dropped sufficiently for them to raise sail and proceed. Despite their travails, Worsley's third observation, on 4 May, put them only 250 nautical miles from South Georgia. On 5 May the worst of the weather returned, and brought them close to disaster in the largest seas so far. Shackleton later wrote: "We felt our boat lifted and flung forward like a cork in breaking surf". The crew bailed frantically to keep afloat. Nevertheless, they were still moving towards their goal, and a dead reckoning calculation by Worsley on the next day, 6 May, suggested that they were now 115 nautical miles from the western point of South Georgia. The strains of the past two weeks were by now taking their toll on the men.

On 7 May Worsley advised Shackleton that he could not be sure of their position within ten miles. To avoid the possibility of being swept past the island by the fierce south-westerly winds, Shackleton ordered a slight change Shortly after noon on 8 May came the first sighting of South Georgia. As they approached the high cliffs of the coastline, On 10 May they headed for Cave Cove near the entrance to King Haakon Bay and finally, after several attempts, made their landing there. Shackleton was later to describe the boat journey as "one of supreme strife"historian Caroline Alexander comments: "They could hardly have known—or cared—that in the carefully weighted judgement of authorities yet to come, the voyage of the James Caird would be ranked as one of the greatest boat journeys ever accomplished"

Over the next three months Shackleton moved heaven and earth to secure a ship to sail to Elephant Island to rescue the 22 crew members on the island. He rescued his entire team without the loss of a single life. A truely astonishing feat. 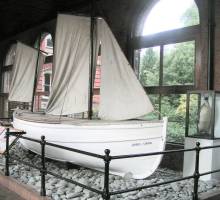