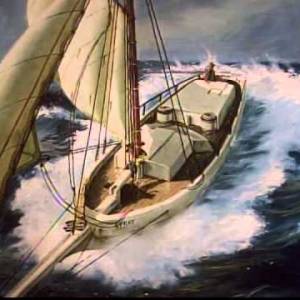 On the morning of the 5th May 1896 Slocum left the island of Juan Fernandez on The Spray going in search of the trade winds that would transport him across the Pacific. After a slow start the trade winds then picked up to gale force and for days on end the Spray galloped across the vast ocean. Slocum navigated by sailing along latitude 12 degrees South, noting that the sun would rise East astern of him and set ahead. After 43 days at sea he was finally able to fix his position with a simultaneous Sun and Moon sight. He reports with some pride in his log book that his position was just 5 miles away from his dead reckoning position. A few hours later he passed abeam Nukahiva, the southernmost of the Marquesas group. This enabled him to reconfirm that his navigation skills were excellent. He never put into the Marquesas and instead continued westward.

Slocum sailed on for another 29 days until arriving at Samoa 72 days after leaving Juan Fernandez. One has to marvel at the character of the man to withstand 72 days of solitude. The islanders had trouble believing that he had travelled alone. Here Slocum rested at anchor while listening to the sweet song of the native girls. The following day Mrs Robert Louis Stevenson, widow of the famous author, who had died on the island two years earlier, went out to the Spray to meet Slocum. By his own account he was delighted given that Stevenson’s novels had kept him company during his long passages. This stay in Samoa was for Slocum a happy interlude interspersed with picnics and riding outings.

On the 20th Aug 1896 Slocum left Samoa and was quickly into the trade winds once more, reporting that on the first day out he had run 184 nautical miles. He wrote that it took him a few days to shake of the sadness of leaving Samoa. As the winds freshen he altered course to the north passing north of the Fijian islands and from there made a direct course for New South Wales. South of New Caledonia we was caught in a severe gale. However the Spray, as small boats often do, rode this out with less damage and discomfort than the French mail steamer with whom the Spray crossed paths in the midst of the gale. The Spray arrived at Newcastle NSW after a passage of 42 days. A couple of days later he sailed on to Sydney. At Sydney he was visited by many people but was put out by the fact that one yacht club snubbed him because he had not “brought any letters from yacht-clubs in America”. It seems that the snobbishness of some yacht clubs have deep roots.

Slocum decided to spend the summer months (December, January and February) cruising down to Melbourne and then to Tasmania. Following this experience in the southern waters he decided to stay in warmer climates and less wild seas by taking the northerly route to via the Queensland coast and up into the Arafura Sea into the Indian Ocean for his eventual passage to South Africa.

Before this he still had some interesting adventures ahead of him in Australia.

To be continued in part 3, in the meantime dream about the boat for your next adventure by visiting www.boatshedgibraltar.com. 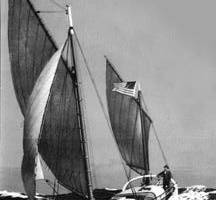 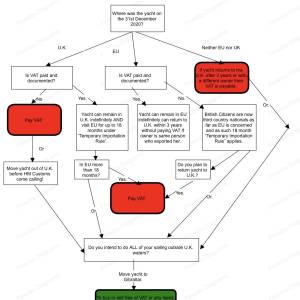